You are here
Home > Fake News > We live in a repressive, phallic city. Join me in getting it demolished

It’s AshQ, ok? And no, I don’t have a surname. Surnames perpetuate class oppression. Obviously “X” and “Y” were choices on the table, but they’re too gendered. So it’s Q. I’m just one entity and cannot be dissected into this “forename” and “surname” bullshit, just as women have been dissected for generations into sexual objects. Or whatever. I don’t see why I should adhere to this capitalist social construct which insists on labelling and categorising everything, just so it can conform to consumerist constraints. God! The very fact I even have to explain this to you just demonstrates the extent of the oppression you are all under. You’re probably so far gone, successfully brainwashed by mechanisms for oppression like pavements, that you don’t even think I’m serious.

I mean, pavements. Honestly! They just perpetuate heteronormativity. They are, like, so straight! They are just not bent enough. Where are the curves? Where are the cracks? Where is the freedom? Why should “pedestrians”, as some people like to call them (or “humans”, as I prefer) be pushed to the side to allow motorised transport to steam past? It seems analogous with the way that individuals are crushed in the name of profit, industrialisation, and plastic.

We should be free to walk wherever we want and I refuse to let some misogynistic, old Etonian, card-carrying Buller member tell me that I can’t. I will not be controlled by capitalist cars that further the subjugation of women and the proletariat. And let us not forget that pavements and roads themselves are residual of colonial oppression. Why are you looking at me like that? Colonial oppression from the Romans of course! I can’t believe I even had to explain that. I can’t, I just can’t. I need to go smoke a roly outside the Rad Cam and go occupy something.

Seriously, look at all those penises.

But actually, before I do, I’d just like to clarify why it’s the Rad Cam in particular – and no other significant architectural landmark in Oxford – that I choose to smoke outside. The so-called “dreaming spires” are really just perpetuating this cult of the phallus around which so much patriarchal oppression is centred, thus delegitimising the power and status of women. How many women have been on my reading list? A lot less than the number of white, stale males I’m expected to “respect”, that’s for sure. No doubt this would be a lot different if we didn’t have the likes of Great Tom Tower looming over us, like some giant erectile oppressor. The Rad Cam, as Oxford’s most radical library, remains almost breast-like, a celebration of the female form. So join me in my letter writing campaign to Oxford City Council calling for a demolition of all phallic buildings, at my discussion group in the Mitre. Until then, stay strong and united under this repressive phallic state in which we live.

Disclaimer: AshQ is not actually a real Oxford student and the name “AshQ” does not refer to any person. Obviously.

When the carpet needs professional cleaning and what are the steps

Professional cleaning at the end of the lease: an important task for tenants and landlords

How to take care of the carpet – fast, convenient and for less

Private kindergarten in Sofia – motivating and promising choice for every parent

ABC Kinder Care Centre: happy start for your child and best choice for every parent

Yard and garden – how to maintain it with ease 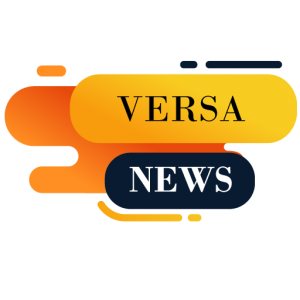